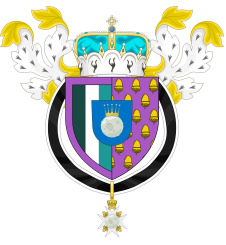 To all a good morning,

I received the information about the outcome in the presidential election in the United States of America early this morning. As you might have known my government, parliament and I were not in favor of Mr. Trump’s candidacy. It grieves me that the global community once again receives a devastating blow. The year of 2016 has truly been a dark year, full of repeating history and irrational choices.

Now is the time for firm leadership built on humanity and compassion. We hope and pray for the president elect to now change his former radical and populist statements that has put the world on edge. It is not for nothing that the stock markets around the globe are plummeting, that leaders say they are ”concerned” and that nations actually fears the seemingly arbitrary elected leader of the United States of America.

Fear WILL NOT rule our world, and I will on behalf of the Mimasian people continue the strive for a better tomorrow – even at days when the future seems dark and lost.

This is the official website of the Archduchy of Mimas. Visa fler inlägg